I don’t really like my obsession with the weather. But as it was so unstable in Sweden I soon started looking for a plan B and escape once again.
There is this route in France that I had checked out last year. It was in the spring so the tufas were still a bit wet. Now it was fall so I guessed they should’ve dried by now. I found a climbingpartner, Karin, pretty fast so I soon had a ticked booked to Marseille. 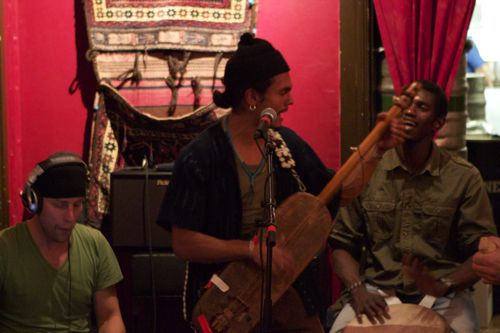 one should always play some music with friends before leaving for a trip. as always here at restaurant Bazar.

We arrive in, what I thought, was the late summer heat. But it was, in fact, as hot as in the month of july they said. I didn’t mind the heat but how was it going to climb in these conditions? Anyway, we started by driving to the beach for a swim -that’s always a good start! 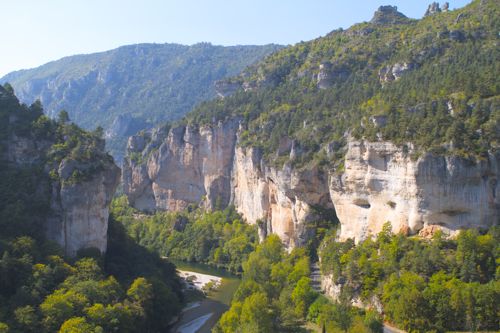 gorges du Tarn -always worth coming back to!

We started with a few days in gorges du Tarn (2 hours from Montpellier near the city of Millau), an area where I’ve been a least 10 times before. I guess that means that I like it here?! As there had been some problems with bolts in the area many of the sectors were closed. They will rebolt it this winter so next spring it should be back 100% with a new guidebook also (about time as the old one is from 2000!). I always think that I’ve climbed everything in this area but still seemed to find some, for me, unclimbed pearls.
After a restday, we headed for my project in la Verriere (gorges de la Dourbie). It’s not the biggest place and the best routes are from 8a and up. But you can combine it with climbing in Cantobre about 20 min away. 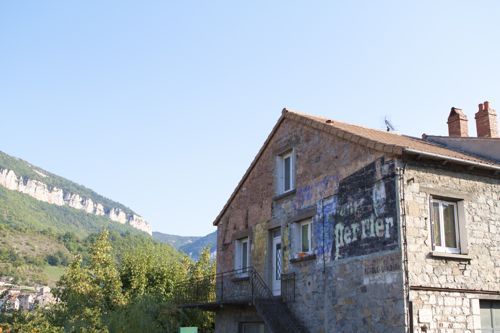 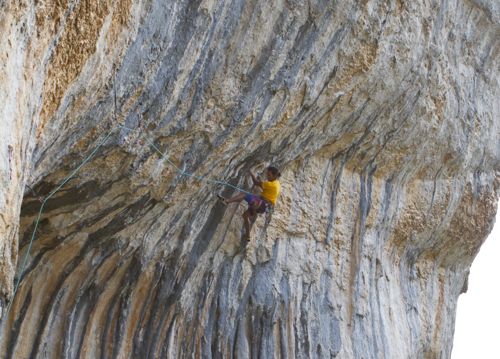 the route ”Guerre de Nerfs”, 9a (?): it’s hard but as you can see really beautiful. because of the hot weather I decided, after checking it out for a few days, to let it wait for better conditions. 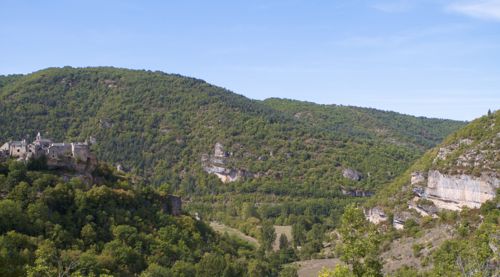 the amazing cliff of Cantobre just opposite the old village with the same name.

After about 2 weeks in the area with only climbing on the agenda it was time to finish the trip in Toulouse: see my friend, the dosso n’goni (hunter harp) player Zaky Diarra. We were lucky as he had a gig that night. Those hot summer nights with music, dance and friends are hard to beat..! 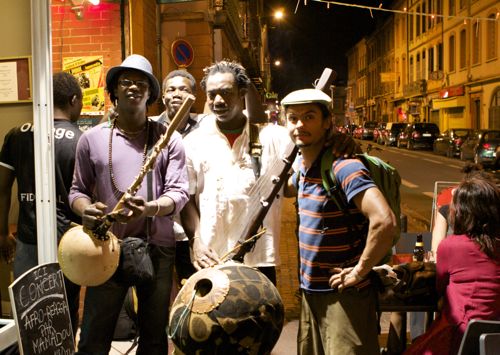