It feels like the longest winter ever! And I’ve finally understood why: usually I have climbing/training and music on the agenda at this period of the year. In Gothenburg the season is longer than in Stockholm which means you can get out and climb eariler in the season. As I’ve been living in Stockholm in the past the winters are real winters here, this means it’s hard to find dry rock+it’s way colder. The other reason why it’s felt so long is because I have not played almost any music. This has led to an agenda with mainly training indoors, training hard and like crazy that is. 10 sessions per week, and some really nasty exercises that I’m not used to. I hope they work..!
I’ve also had the chance to do some ice climbing and now finally the winter seems to be coming to an end, but you never know around here. 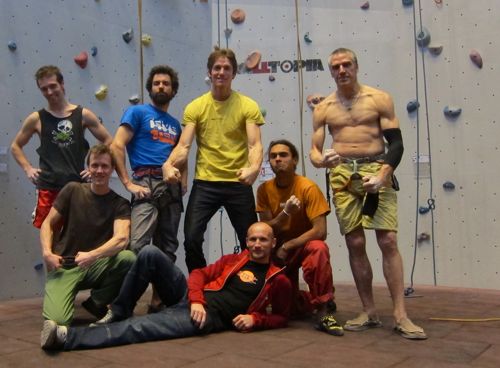 parts of the training bunch in Stockholm (Geir, Erik, Stefan, me, Johan the Legend, Daniel and Peter), here at Klätter Verket, one of 4 big gyms in town. 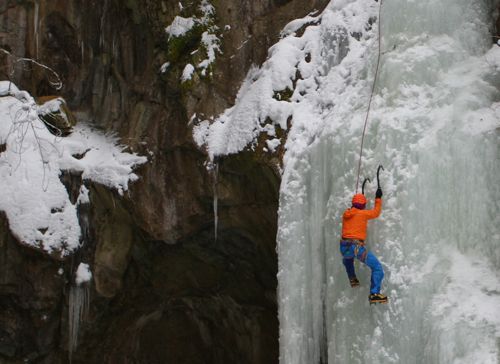 ice climbing in the Sala silvermines, about one hour northwest of Stockholm. 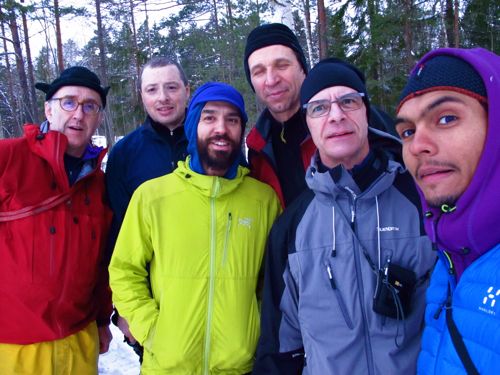 the old-school ice veteran team of the day in Sala.

Fortunately the past week has been a little bit more suited for rockclimbing and we went out to touch some rock as soon as we got the chance. 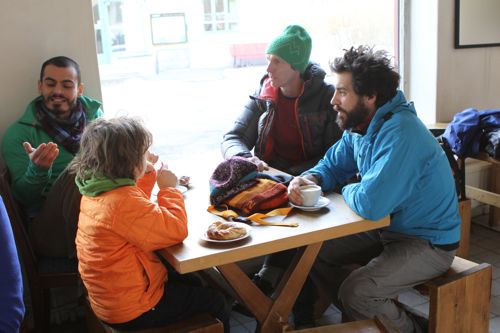 continental start of the day at an old café in Enskede. 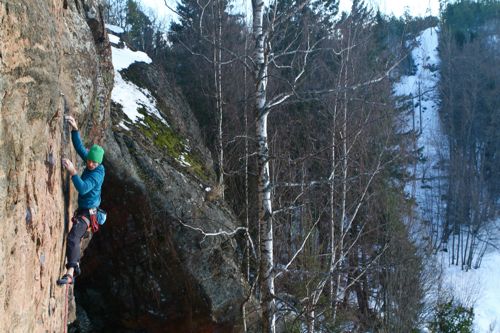 Stefan a.k.a . Postman a.k.a the Wolf trying to stay warm on a classic pitch at Döskalleberget, one of the best ”wintercrags” in Stockholm. 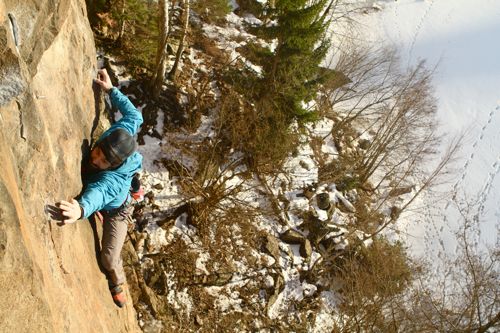 Erik trying to do the same thing at the same place (but not really at the exact same time). 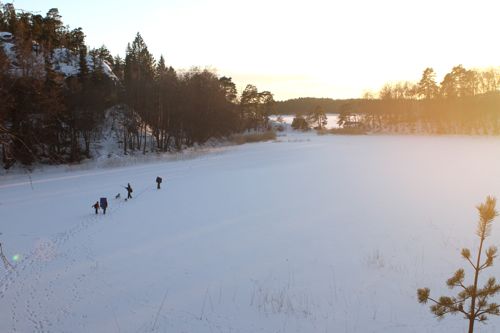 heading back to the car over a frozen lake in the last light of the day. 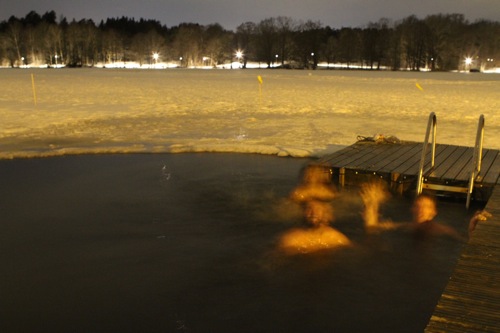 What’s better than finishing of a day of hard training, than a sauna combined with a dip in the icy cold water. this experience will make you feel alive! and, it also feels really good, especially when you know you have a sauna to go back to!