After the relaxed times in Rabat, things were about to get hectic. After all these years renting cars all over the world, including several times in Morocco, I was faced with the most complicated car-renting-project ever… We finally got our ride and were on our way. 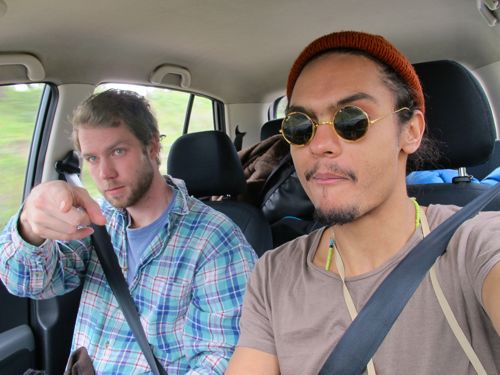 First stop was sidi Ali (outside Meknes), a place where people come from all over Morocco for the annual moussem/festival. This is also one of the places where gnawa masters gather to have rituals (lilas, lila=night) at this time. As I had never been there before it was a bit tricky to find it. Finally at the place things were as crazy as expected. It’s IMPOSSIBLE to describe the atmosphere at these events, it’s like a parallel world somehow. It’s got the feeling of how maybe the world was long time ago, yet now it only remains in a few places. To be hones I don’t really know what to say, it always blows my mind and I love it. For example my friend Anders got to experience, for the first time, how possessed people in trance were cutting them selves with knifes, letting blood drip down their faces and arms. Someone else burning himself with candles, people screaming and dancing, someone rolling around on the floor. And the music just hits the spot, my own trance was near (I’ll have several chances later this week fortunately!). But to sum up what gnawa is about, is very difficult. I’ve been trying hard for the past 10 year’s, barely scratching the surface… 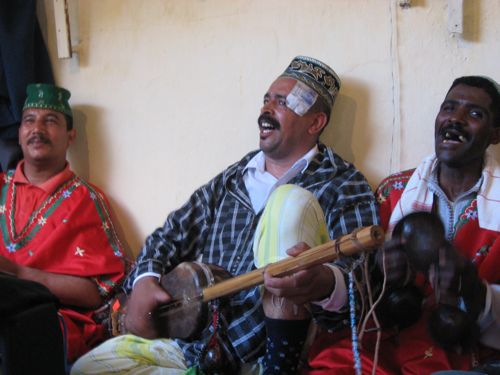 m’allem Abdellrzaq Moustaqim (who is our neighbor in Rabat) leading the trance at this years moussem in sidi Ali.

After a cup of hot mint té with loads of sugar, we hit the road at 4 in the morning. As there where almost no sane places to sleep in sidi Ali, we went to the next village: moulay Idriss Zarhoun. This place is built around the tomb of the saint moulay Idriss himself. Just before I left Sweden my father told me that this saint actually was my grandfathers grandfather -I could not believe it! So of course I needed to see this for my self, do the ritual round around the tomb and pray. 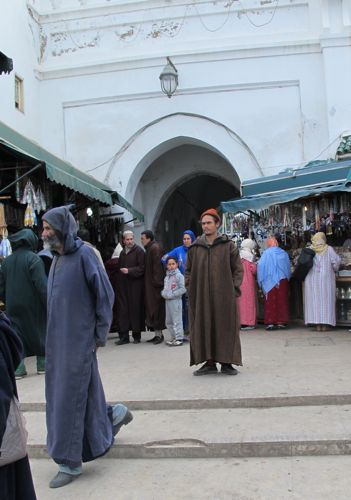 After the healing rituals and prayers my heart felt light and we pressed on north. Next stop was the climbing area of Caiat near Chefchaouen. I had never been there before and only had tiny bit of beta for the place so I was really exited to arrive. And it was a beautiful place! The climbing was great and there is a huge potential for more routes. As with every place it also had it’s more negative sides but the overall experience was great. We squeezed all we could out of the relatively few climbing days we had but left satisfied, looks like I need to go back with some bolts though! 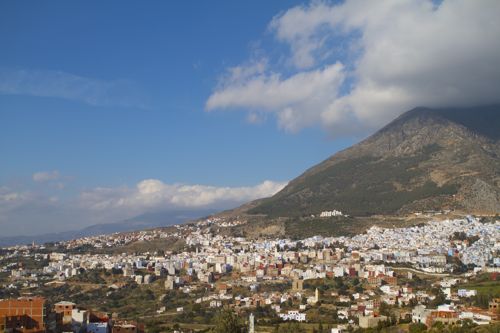 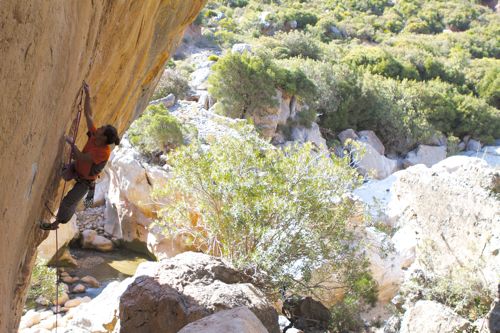 climbing the hardest route in Caiat to date, called ”Vajickovy”. I also finished a project (impossible to say if it was open or not) the same day around the same difficulty as this one. climbing in such a beautiful, quiet place with the nearby creek is unbeatable. 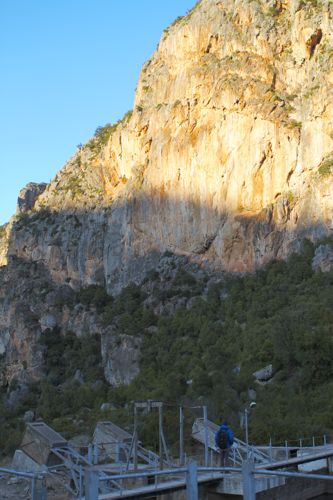 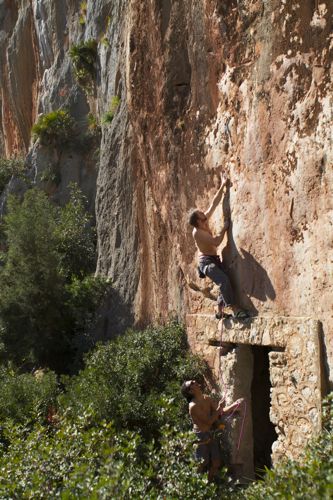 this route starts in someones home!

We started driving back to Rabat. The traffic in Morocco is sometimes crazy (as in dangerous) and you need to adapt to survive. In one crossing I missed a STOP sign and got pulled over by the police. I was supposed to fine 700 dirham, but after showing him some of my Youtube clips on his i-phone everything changed and he invited us for dinner instead! 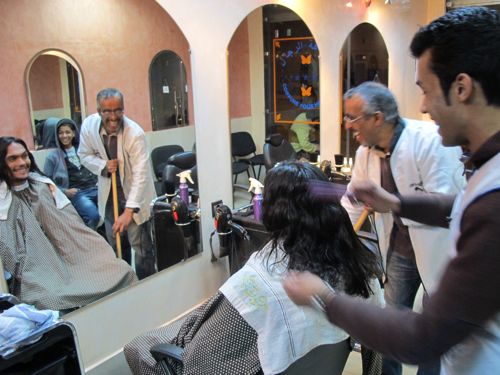 back in town, trying to become civilized by getting a hair cut. the boys had a hard time sorting out my wild, out of hand, hair. Because it’s NOT time for dreadlocks again! 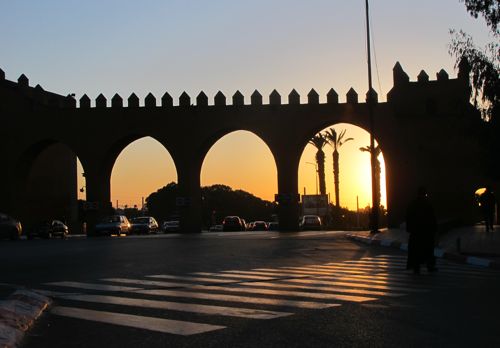 Now we are in Rabat, getting ready for more in Marrakech. The endless journey continues…