after a virus-site-highjack: finally a (marathon) post summing the past 5 (!?) months!

I haven’t posted anything in ages. This time I have a good reason though: my site got hijacked by some virus and was sending out tons of spam. The owner of the site had to close it down and it has taken some time before they could get rid of all the virus. Now it’s up and running so I had to dig for photos and memories that feel pretty dated when it comes to todays standards. Anyway, here comes:

The last period in Sweden (before heading for ”the road” where I am now) was spent with the usual ingredients (well, ice climbing is fairly new but anyway…) A tiny bit of music was squeezed in also. The swiss machine Ueli Steck visited Stockholm so we had to entertain the crowds when the V.I.P. guest took some breaks during his show. 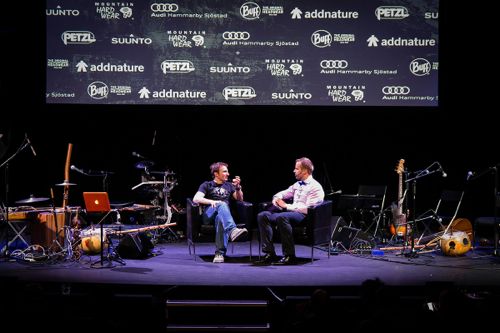 swedish ex. alpinist Fredrik Sträng talks to ”the Machine” about his extreme adventures on high altitude. 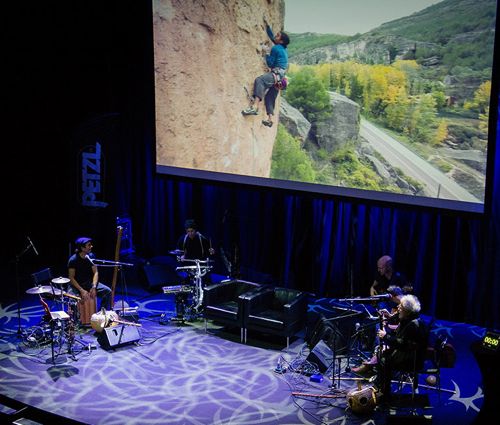 getting Continental Orchestra together for parts of our ”6 continents” show with music and visuals. 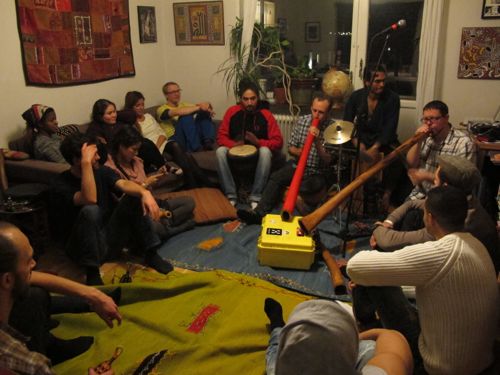 we also had a reuinion with my old band Giddabush for the first time in ages -in our living room. ever heard about those hip apartment concerts in N.Y.C.? well, this was one of them. sort of… 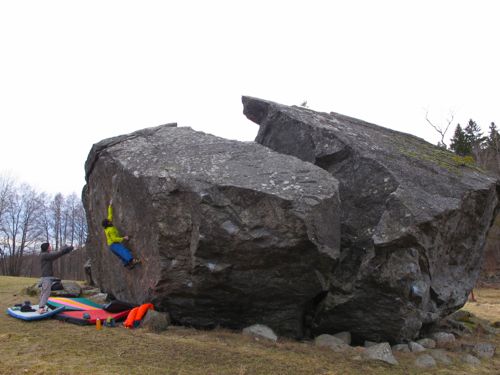 spring also arrived early this year before the winter did it’s comeback. we still had the chance to climb on rock way more than last year. 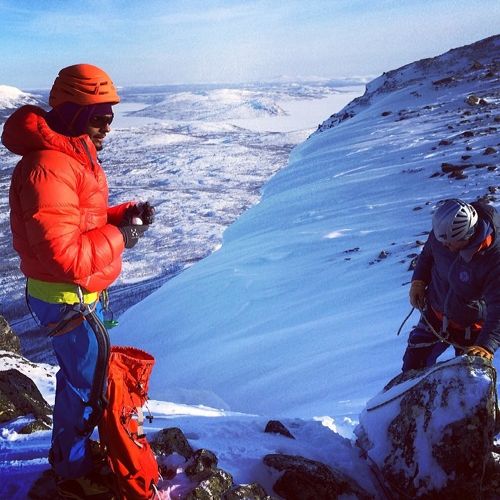 partly because of the bad snow conditions I agreed to join this years Abisko Ice Festival. what is a winter without snow in Sweden? up in the north the snow is guaranteed and I got some great ice climing aswell as skiing done. 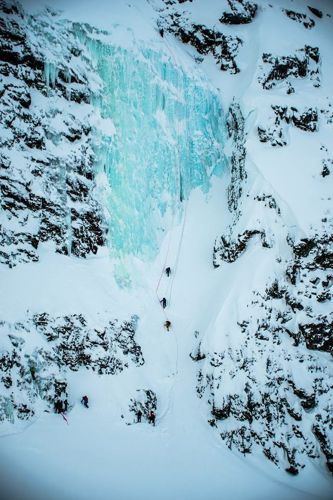 Finally it was time to hit the road. but if one is staying 3 months on the road there is no stress to arrive at the destination. that’s why I always go slow and stop at some worthwhile destinations on the way to southern Europe. 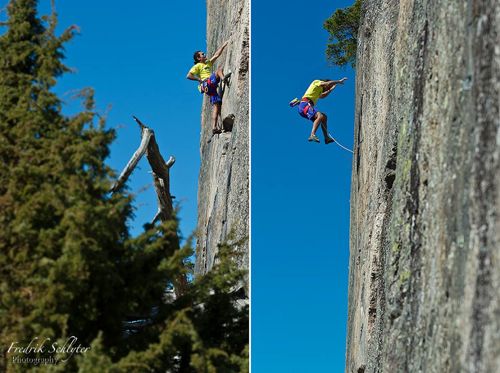 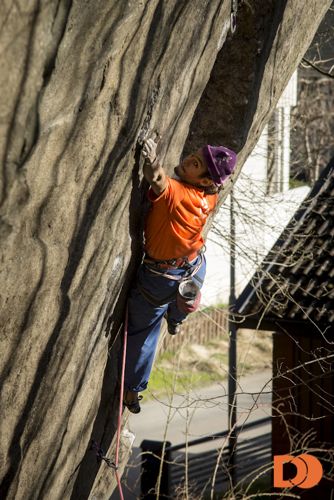 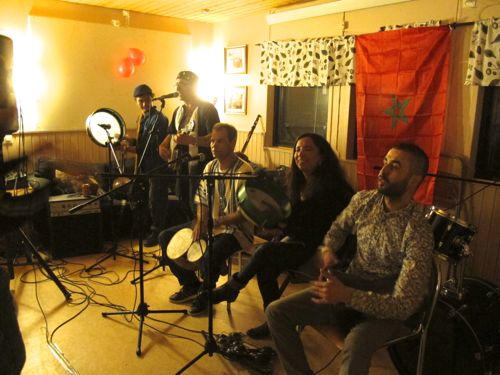 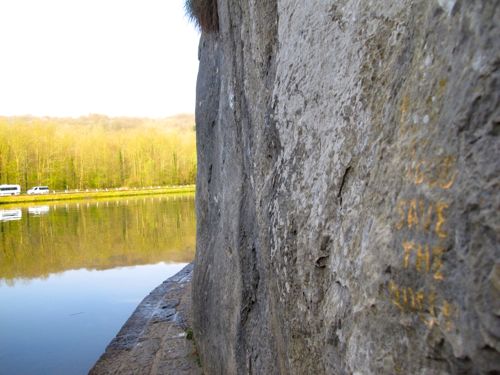 stop#3: Freyr, Belgium. the classic route ”God Save the Queen” and french fries with mayo and ketchup. 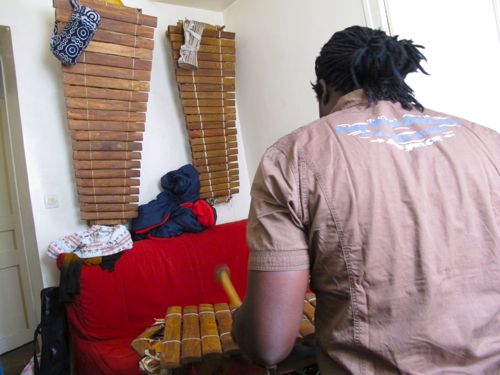 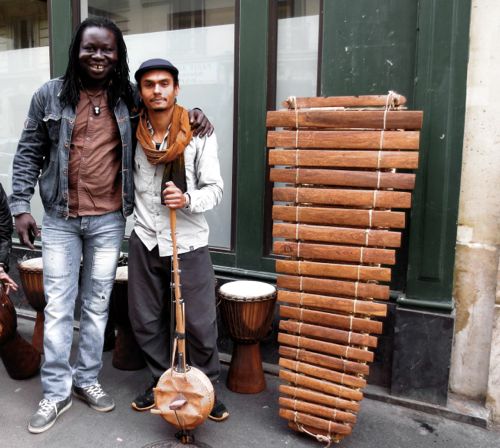 stop#4: Paris: music with Omarou, bouldering in Font and also meeting some of the climbing elite at the Grand Rex during the ”Montagne en scène”. 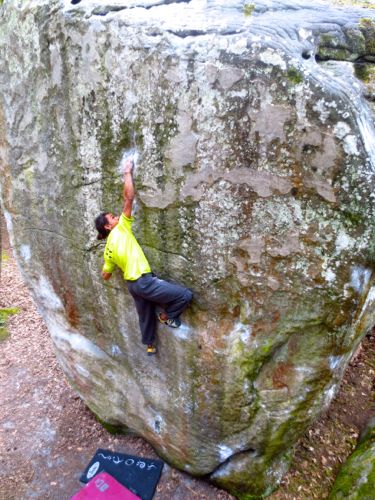 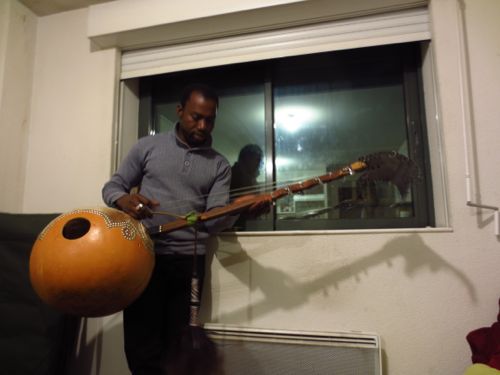 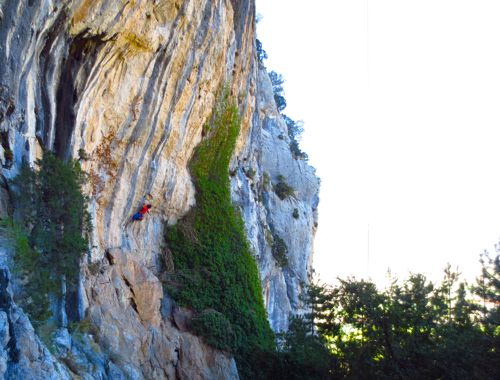 It was nice to finally arrive in Catalunya, it always is. The best routes and bocadillos con queso in the world are hard to resist… I’ve been here for about a month now and climbed mostly in Oliana and Margalef. Also a few days in St Llorence de Montgai, Fìgols, Tres Ponts (where I’ve finished all the routes now, both a good feeling but sad as it’s a nice complement to Oliana) etc. I was apparently in good shape for my main project ”Papichulo” in Oliana, doing all the sections with a good feeling the first day. But it was slightly too hot so I planned to start the real attacks when/if temps would cool down. There are many other great routes to do around and I managed  two 8b+ OS (one said to be 8b+/c whatever that means, but in that case my hardest OS on the paper so far) aswell as 8c+ RP among many other good ones. Back on ”Papi” several weeks later I had lost some crimp strength and as the conditions were still not perfect for this monster I decided to do other things. Until next time. 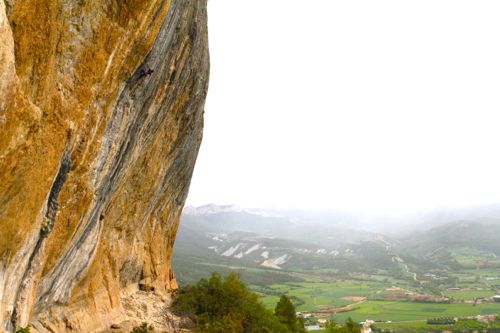 getting pumped in Oliana -no problem, give me some more!

A routes that also had been on my mind is Era Vella in Margalef that I tried only once 3-4 (?) years ago. At the time Chris had put it up recently (and only cleaned it with a toothbrush) so it was not really in its cleanest state. Anyway, now years and several attempts later it was in tip top shape and I just hoped I would aswell. After working it on and of for some time I managed to send in perfect conditions the 13th of may. 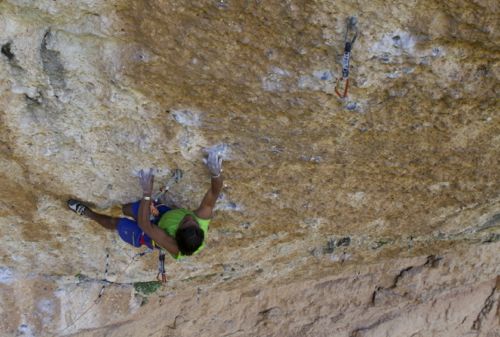 After the send I stayed in the Margalef area for almost another week and also got the chance to check out Masriudoms near Tivissa. Before moving on I managed my 3rd 8b+ OS for the season. But it was time to leave Spain for this time and on the way  to France we visited Sadernes which was a nice surprise, especially the ”Intramon” sector. 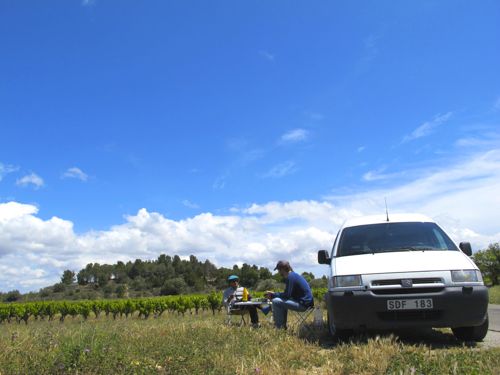 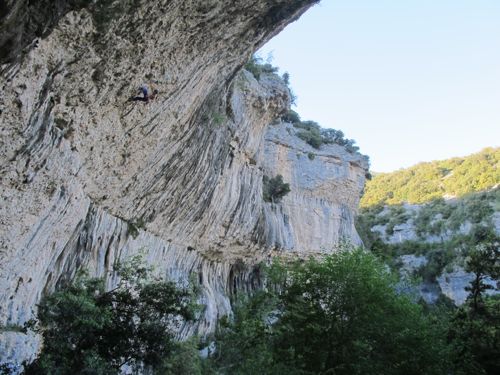 13 years after visiting the first time and 6 years since last it was time to visit St Léger again. The place has become one of the main sportclimbing destinations in France and its easy to understand why. The ”newer” sector ”la Balaine” was as good as I had hoped with long pumpfests mainly on tufas. Hanging out in Provence is always a pleasure and somehow very different from Catalunya. The visit to St Léger wasn’t too long as I was expecting my older brother Younes with family for a visit and what climbing area is better for a family than gorges du Tarn? 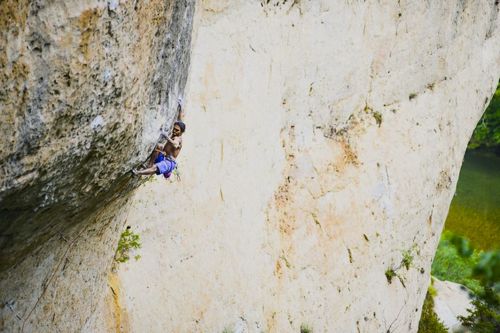 battling (in) the heat at sector l’Amphi. but as you can see the water is never far! photo: Jonas Wiklund

After all these years of coming here it’s still as good as anything. We managed to arrive about the same time as a proper summers heat wave so it was ok not to climb too much but spend most time cooling down in the river Tarn. After leaving the southeast corner of France I just had to visit my musician friend Zaky Diarra in Toulouse. It also just happend to be the first day of the Rio Loco music festival so I got myself a proper dose of music -this is just what I needed after such a long time with 100% climbing. 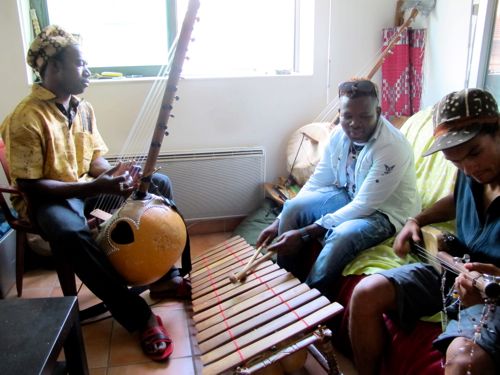 jam with Zaky and the bala master Seydou Diabaté.

Even my time in France is soon coming to an end. Right now I’m in le Verdon climbing and visiting friends. This place is also one of the areas that is always worth coming back to. Some heavy rain is on its way but here you can enjoy and hang out no matter if you climb or not. Well, I rather climb so I hope the forecast is wrong once again! 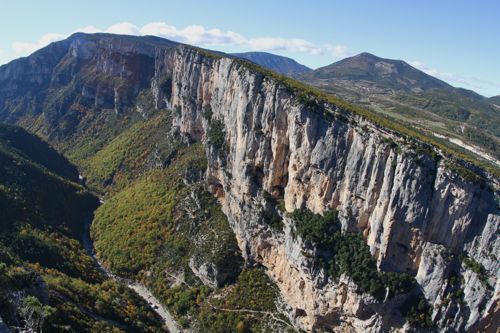