The Swedish summer was actually really nice: one could go swimming every day, have bbq’s with friends in the evening. And as it was summer, loads of good concerts going on, both to listen to but alos playing at. What more could one ask for? More rockclimbing! I was out climbing some odd routes, training and trying to stay in shape but was I going to continue like this until october and the next big trip? Some friends were apparently going to Australia in august. And as it’s been 10 years since my last trip there and our summer being their winter meaning it’s prime time to climb, I jumped on the plan.
But only days before departure, some cancelled, some were obviusly going to be delayed… I had to make my move quickly: cancel the trip and loose a lot of money or going solo. My intention was not a solotrip which I can enjoy sometimes, rather I was looking forward to hook up with the people I had made plans with. But what the hell, there is one project I wanted to check out and it’s a long cave boulder route. I was sure I could try it on my own if I could just find a pad somewhere. Said and done, I jumped on the plane for the 20+ hour’s flight. I also have an old friend (the drummer in our old band Giddabush) who lives in Melboure, so at least there was someone waiting at the other side of the planet. 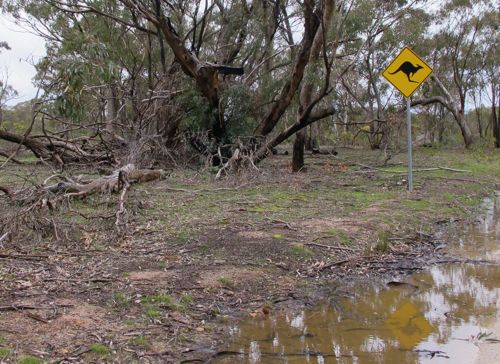 After one day of trying to balance the jetlag in Melbourne, I found myself back in the Grampians. It’s such an exotic place with all the unusual fauna and beautiful landscapes. I also found my old friend Margaret, who is an old lady living in the northern Gramps. At least I was not alone! As the weather was also quite miserable, hiking up to the Hollow Mountain cave looked like the right thing to do, escaping the rain (but not the wind in this ”wind tunnel”!). The ”boulder route” called ”the Wheel of life” that I mentioned earlier, is an interesting project with several boulderproblems linked together to a 60 move monster. I remember doing the first part on my first trip here, but when linking the whole WOF this first boulder hardly gets you out in the light from the cave’s darkest corner. Anyway. As I still haven’t got around the jetlag, I’m waking up before sunrise, arriving alone in the cave in the first light of the day. Trying the thing alone, with the rain and wind sweeping over the wild landscape outside the cave, is special experience and one would wonder if its worth it? However -it feels good to feel so alive and with the elements. 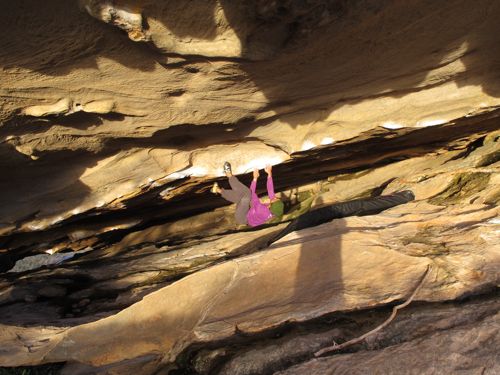 I know this is a relatively poor post -I promise to do better next time!