Climbing and training in the city in the Andes: Santiago de Chile 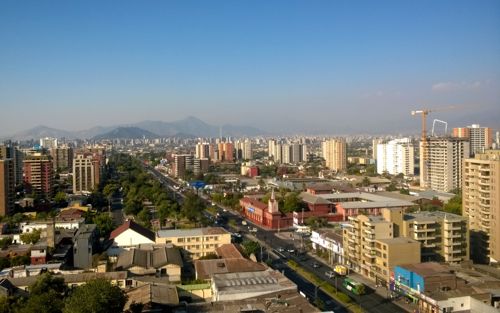 Back in Santiago, Chile the summer had started for real. I don’t mind the heat but for climbing it’s sometimes not so pleasant.. . For training indoors you have to take it as all the gyms are down town Stgo. Fortunately there are several places for cragging up in the Andes outside of town where the temps are cooler and the wind from the mountain makes the air really dry. But as I had to start my training season for this year I have to put the hours in at the gym every week, mixing it with climbing outdoors on the weekends. 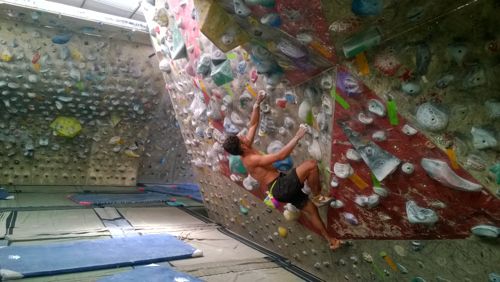 Doing circuits of 100 moves at a time to build volume -and loose skin! Here at ”El Muro”, one of the 3 gyms in town. Anotherone is ”Casa Boulder” etc. 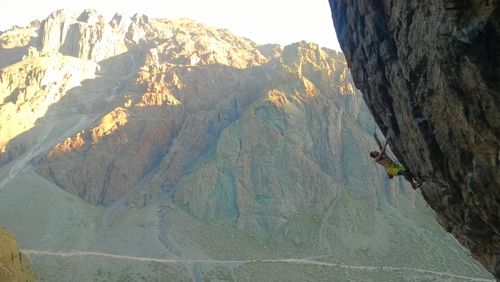 The training is really tiring… On my first weekend of getting out after some serious sessions in the gym I was totally broken. Here climbing in La Mina up in Cajon Del Maipo on a classic 8a+. I was even too tired to finish it RP. But the body finally gets used to the punishment. 1 week later I cruised the route as if it was a different one totally. Anyway, right now it’s 100% trainingseason so sending much harder routes will have to wait for later.

So, many of the different sectors are up in the Cajon Del Maipo canyon that leads up in the Andes. On place that I had not yet visited was the main bouldering area of Choriboulder. I was time to spend a few days up there. After an epic trip we finally got our tent up, packed down the rope and brought out the crashpad. 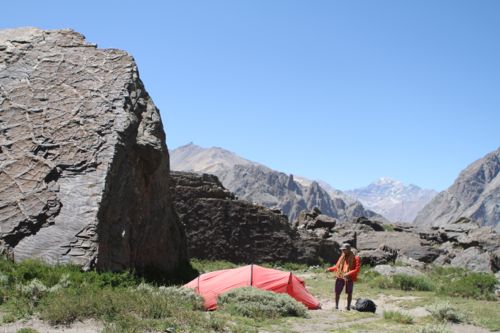 As we didn’t have a topo I had to hike around and look for the best looking lines -and there were quite a few! Some of the best ones were hidden up in the ocean of boulders. Here I found some what must’ve been classics. I had almost forgot how peaceful it is to sit on your own up in the middle of nowhere working a problem and just being a part of the landscape. 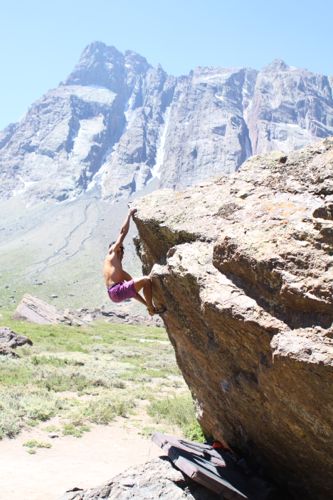 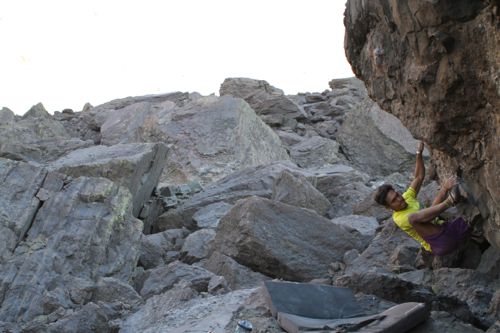 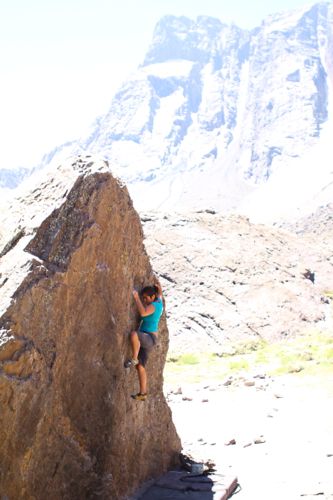 Amanda Farfan at the secor with many nice, easier problems just by the ”camp ground”. 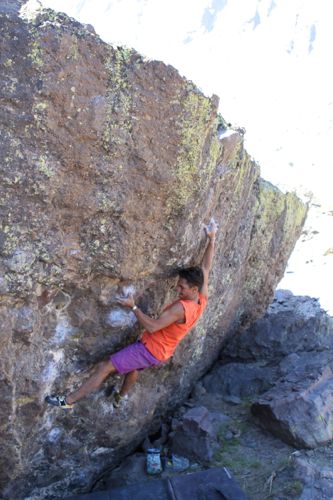 2 of the best problems I ”found” up in Choriboulder. No topo, no grade, no name -no problem! 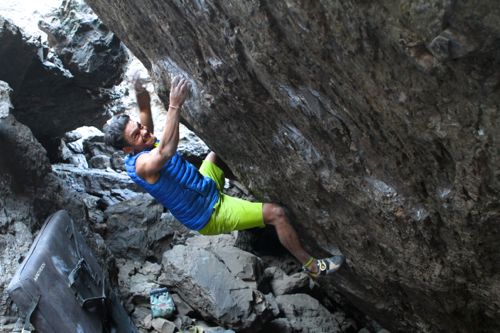 Now I’m back in the city and getting ready for yet another week of training in the gym. I can’t wait to get back up in the mountains again..! 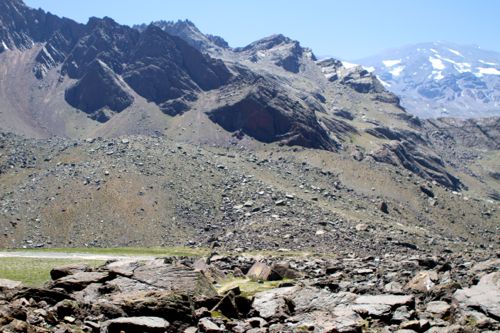