After 3 months of training and not even I day per week on real rock it was finally time to change the picture. I got my new car, moved (or got kicked out because of my ”bad cooking habits” -let´s just say the man didn’t want me there anymore…) out of my house and hit the road.
First up was, as always Paris and Fontainebleau. It’s great to split up the trip for some climbing and good friends. But man, already here the heat was on -unusually hot for the season!

As it wasn’t hot enough we event took a sauna at the Murmur gym in Paris and then went out shirtless in the night at 23.00..! This is not the typical april temp but it was just the beginning: On the the way to Spain we also stopped by in St. Gery just north of Toulouse. I was over 30 degrees and I got totally dehydrated and dizzy, I need to acclimatize a bit slower it seemes. 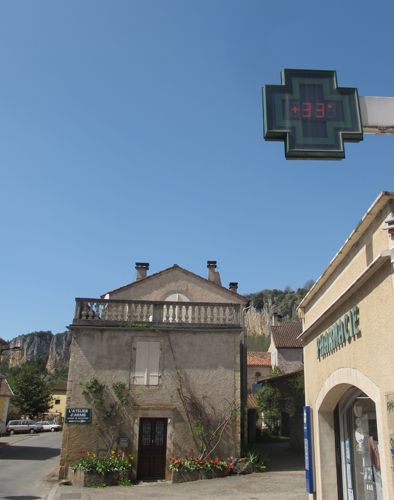 Now we are in Catalunya and the first days of climbing have been hot but not as bad as France. Oliana and Tres Ponts were the cooles places we could think of but cool was not really the right word to describe it. Ok, enough complaining, lets see of the cold front that the meteo has promised really shows up.